Millionnaire Shortbread, Caramel Slice and all that jazz

Bill Nighy belongs to these actors that I find so typically British, probably because many of his roles are so full of British humour; hilarious yet  often so inappropriate.

Everything about him, his pop star character in Love Actually and the radio boss in The Boat That Rocked, his facial expressions and his lines make us want to laugh and hide at the same time.

British baking is like British humour: sometimes it goes too far, and that's partly what makes me love it.

Some cakes are like some jokes you would laugh at while thinking "Rhoo that's so naughty".

When I arrived in London 4 years ago, I discovered the likes of banoffee pie, peanut butter cookies and millionnaire shortbreads: all these cakes make your eyes sparkle while thinking "Rhooo, that's going a step too far, that's really naughty, nobody would add whipped cream on a banana and toffee pie." 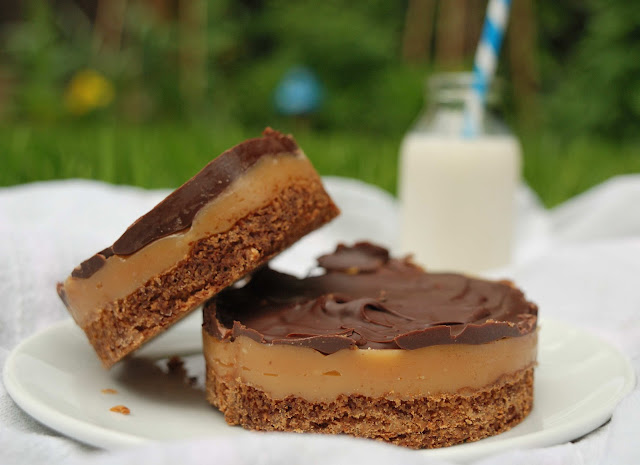 Millionnaire shortbread,
aka caramel slice,
aka the Naughtiest Slice in the History of Baking

May it be called a millionnaire shortbread or a caramel slice, this slice is made with the same 3 layers of delights : a crunchy and crumbly shortbread, topped with a layer of smooth and sticky toffee (which I made slightly salted), topped with chocolate.
A legend says that Millionnaire Shortbread come from Scotland, and even though I haven't found proof of if, I wouldn't be surprised if this very nauhty treat had been invented by the same people who invented the deep fried mars bar!

For the topping:
170g good quality cooking chocolate (the traditional recipe calls for milk chocolate but I used dark chocolate)

1.Pre-heat the oven to 180'C. Cover the bottom of a square cake tin with baking parchment and grease it lightly. (see below other possible shapes and sizes of tins)

2.To make the shortbread, mix the flour and caster sugar in a bowl. Rub in the butter until the mixture resembles fine breadcrumbs. Knead the mixture together until it forms a dough, then press into the base of the prepared tin.
Bake in the pre-heated oven for about 20 minutes or until firm to the touch and very lightly browned. Cool in the tin.

3.To make the caramel, place the butter, sugar,  pinch of salt and condensed milk into a pan and heat gently until the sugar has dissolved. Bring to the boil, stirring all the time, then reduce the heat and simmer very gently, stirring continuously, for about 5 minutes or until the mixture has thickened. Pour over the shortbread and leave to cool.

4.For the topping, melt the chocolate slowly in a bowl in the microvawe. Pour over the cold caramel and leave to set. Cut into squares or bars.

NB: I made my shortbreads in different moulds to try different sizes and shapes:
- cooking rings to make big slices to be share (pictures above)
- smaller ones in silicone muffin cases: works so well and so easy to unmould!
- and I also tried with a 12 hole muffin tin, covering the bottom of each hole with a round of baking parchment: it worked really well too! 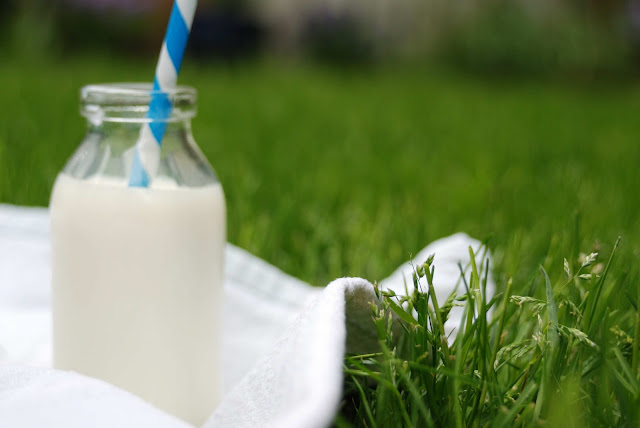