"You under-estimate my powers, my Master" says Anakin defiantly to Obi Wan Kenobi only 3 minutes before the latter cuts both his legs and one of his arms off with his laser, leaving him slowly almost burning to death on the side of a volcano.
We all know what happened next to our dear Anakin Skywalker.

I've been baking for 4 years now, and I often get tempted to improvise recipes myself. Adding a bit of this, swapping this with that...
When it works, it works really well, at least most of the time. I’ve done a few tricks over the years, and I now can swap ingredients or turn a cake into muffins by changing a few things here and there.
But every so often I am reminded by the God of Cake that I'm still a beginner, and that recipes often list specific steps for you to follow for a reason.

Baking is like training to be Jedi: while trying to cultivate one's creativity, one should never be tricked into over-confidence.

(Thankfully, I've messed up a few cakes but haven't turned into Darth Vador) 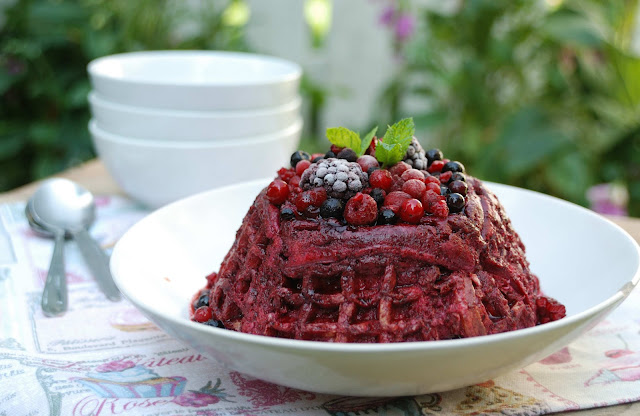 
So easy to make, this no-bake summer dessert is so delicious and so impressive that I don't understand how I could live for 4 years in the UK without it.

I was sceptical about the idea of making a pudding with bread, yet, it does give fantastic results.

The traditional summer fruit pudding recipe calls for white loaf, but I wanted to experiment a funkier version of it using waffles (not too loud, I recognise that the bread version is even better!)

Make the pudding:
1/ Grease the inside of a 1L pudding basin (with butter or oil spray)

2/ Line the sides and bottom of the basin with thick slices of bread / waffles, taking care not to leave any gaps and covering all the sides.

3/ From the fruits selection you have, put a handful aside (you'll leave these in the freezer) and put the rest in a pan with the sugar and lemon juice over a low heat. Leave to cook, mixing gently, for 10 to 15 min, until the fruits soften. They should release about half a pint of juice.

4/ With a sieve, drain the fruit mixture into a bowl and make sure you keep all the collected juice for later. Delicately put the sieved fruits into the basin, pressing down gently so they are well packed and come up to the top of the bread level. Then close what will be the base of the pudding with additional slices of bread. To ensure the pudding sets properly some pressure needs to be applied. So cover the base with foil and place a pan or a heavy bowl on top to act as a weight. The 'weight' will need to be roughly the same size as the base, so that the pressure is uniform.

5/ Leave to set in the fridge over night. Before serving, pass a knife around the edges of the pudding and gently turn over on a deep plate. Pour the juice left aside all over the cake so it soaks it completely, especially where the bread or waffle is still white. Gently lift the bottom of the pudding so some juice goes under it and soaks the bottom as well.

6/ Decorate with the left over fruits (you can use them frozen, they will defreeze in few minutes), few leaves of fresh mint, and serve with cream. 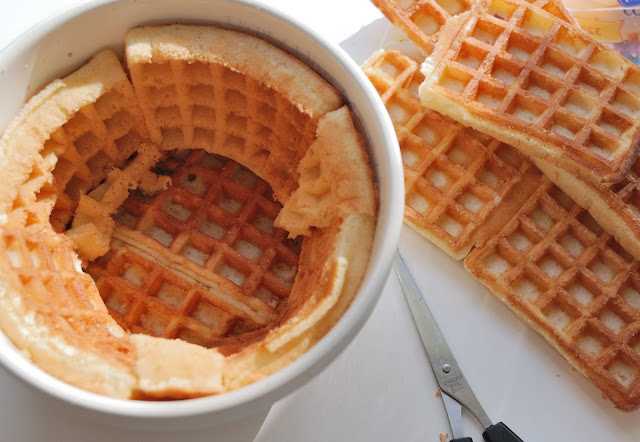 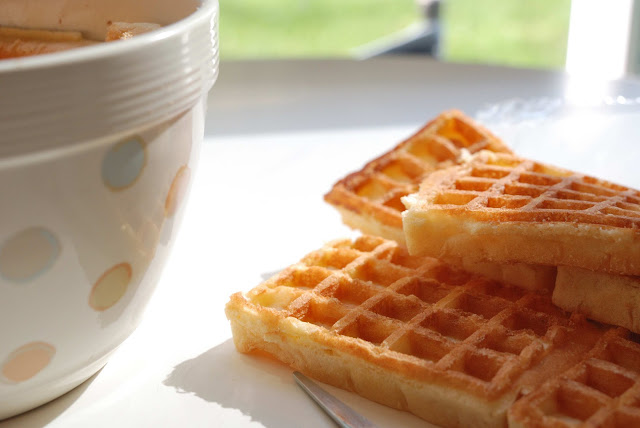 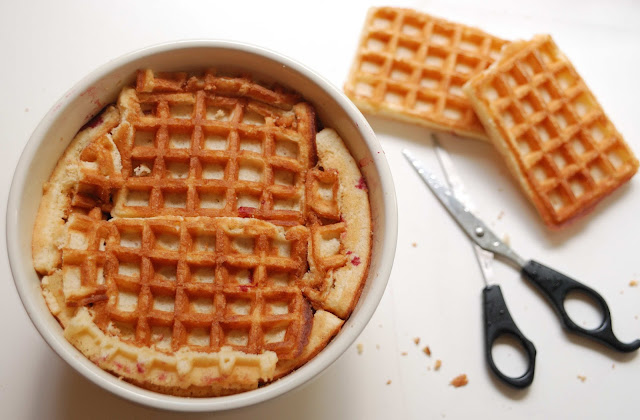 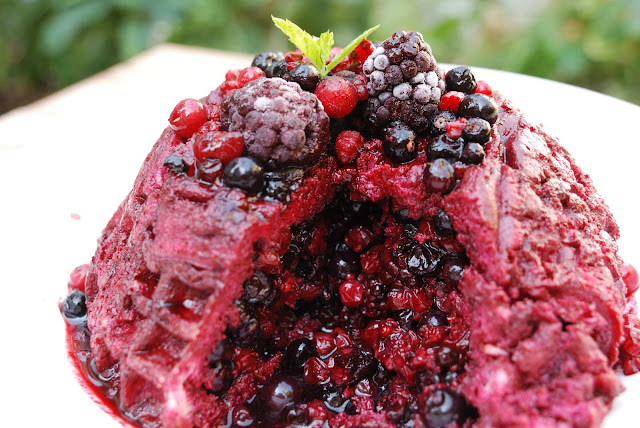 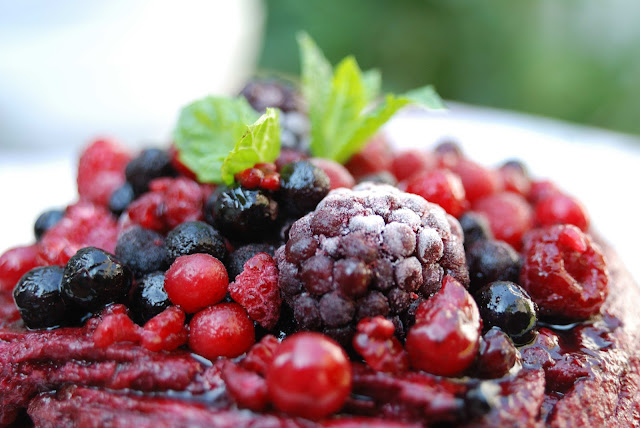 This post is dedicated to Joan. Thank you for welcoming me in your home and making me discover the delights of the summer fruit pudding!
Posted by Pauline at 09:00