This is not a soup. This is a bedtime story.
A recipe with a history, like I love them so.
A dish that takes you to another time, another life. It's like a good book, but that you can savour with a spoon....

A the end of the XIXth and the beginning of the XXth centuries, most big British cities and London were often covered in a yellow-green dense fog, mixing the fog coming up from the Thames and the city's chimneys' fumes.
This fog, often qualified of a "pea-soup fog" was called The London Fog, or The London Particular.
It's this fog that gave its name to this thick yellow-green pea and bacon soup. 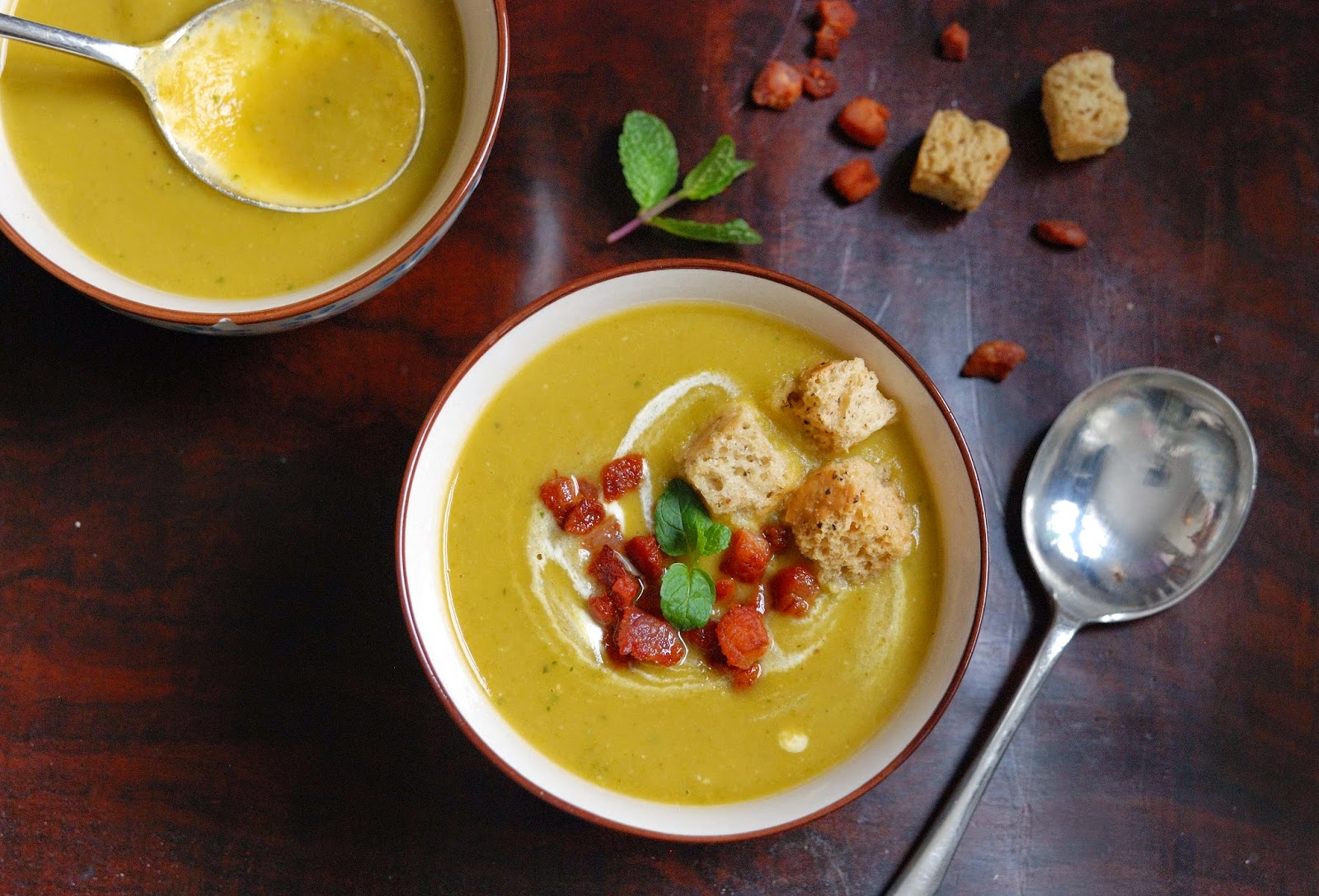 This soup is delicious.
The bacon, the vegetables reduced in malt vinegar and sugar and the mint give it a real depth of flavour and so many layers of aromas.

1/ Heat up a large saucepan and melt the butter. Add the bacon and fry until browned and crispy, then remove from the pan and drain on kitchen paper.

2/ Add the diced vegetables to the saucepan and cook in the bacon fat and butter until soft. Add the caster sugar, then the malt vinegar. Bring to the boil and reduce until the vinegar has completely evaporated.

4/ Blend the soup in a jug blender with the mint leaves and creme fraiche until smooth. Season and pass through a fine sieve. Serve with the crispy bacon, croutons and a few mint leaves. 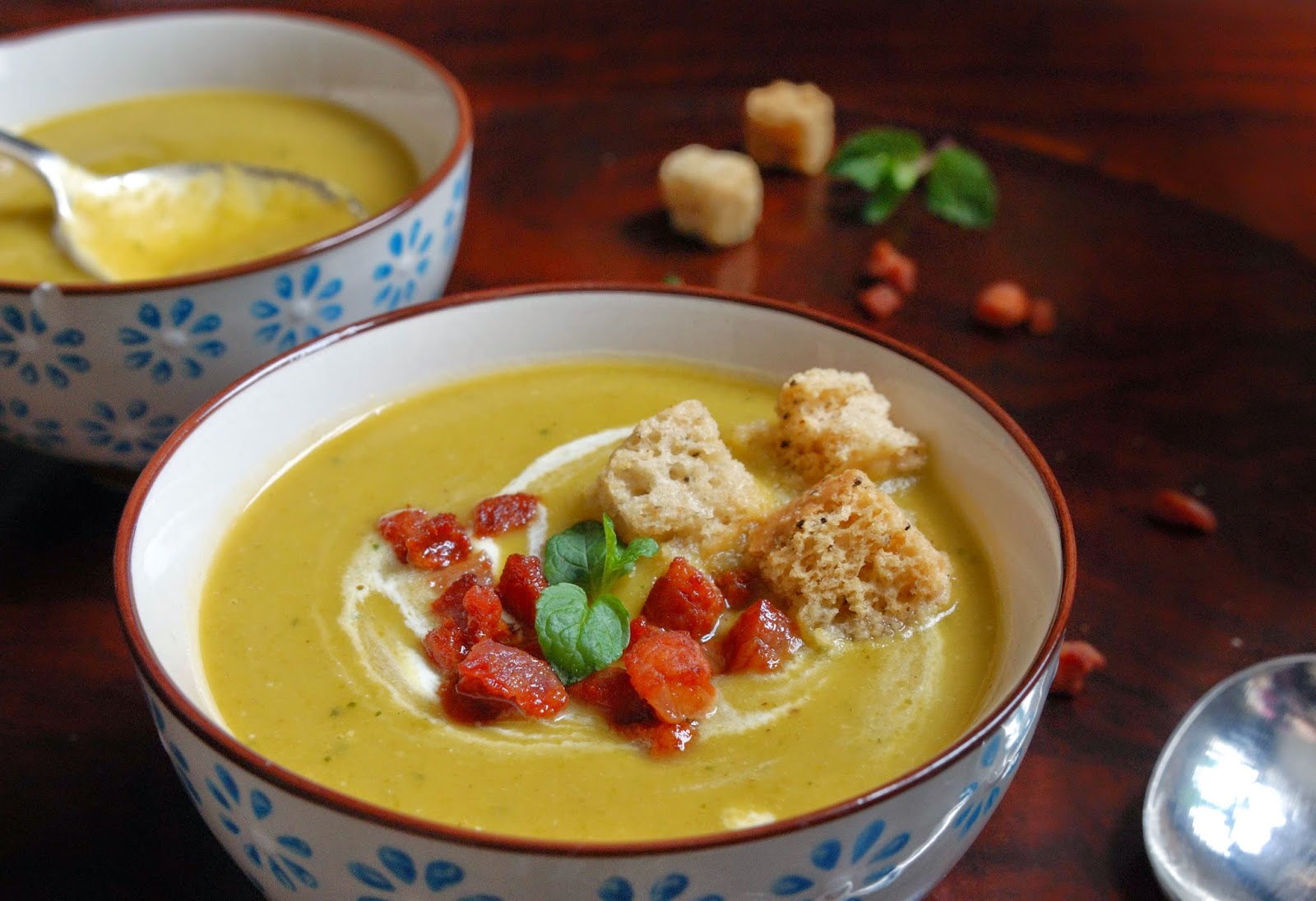